Should You Try SmartLipo Instead of Liposuction? Let’s Find Out. 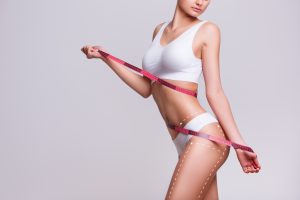 We’re all familiar with liposuction, at least by name. Despite its invasiveness, this cosmetic surgical procedure has been a popular option for millions of people over the years. Lately, the world of cosmetic procedures has been rocked by the advent of a new alternative to liposuction: SmartLipo. With the development of SmartLipo, many patients have found a less invasive and far less debilitating option without having to sacrifice beautiful results. That said, is SmartLipo really all that it’s cracked up to be, or is it simply a cosmetic gimmick that doesn’t hold a candle to liposuction? What’s more, should you really consider SmartLipo instead of liposuction? Let’s take a deep-dive into the benefits of both procedures to find out.

First, let’s establish the similarities and differences between the two procedures. Liposuction is a surgical body sculpting procedure during which patients are placed under general anesthesia. Once the patient is under, a plastic tube is inserted into a half-inch incision in the patient’s skin to suction out fat deposits in predetermined areas of their body. Generally, patients recover from liposuction as they would from any minor surgical procedure: with some considerable bruising, a few weeks of bed rest, and the use of a compression garment for 1-2 months.

SmartLipo is similar to liposuction in that its purpose is to suction out fat cells from certain parts of the body. That said, there are some considerable differences. The first of these is that, while liposuction uses a liquid solution to help loosen fat cells in the treatment area, SmartLipo uses lasers. SmartLipo doesn’t require general anesthesia as liposuction does: instead, only a local anesthetic is used, meaning that the patient is able to remain conscious throughout the procedure. Additionally, SmartLipo requires only a 2 cm incision, and though patients are required to wear compression garments for about 3 weeks, most can resume their regular day-to-day activities (including moderate exercise) within a couple of days of the procedure.

Benefits of SmartLipo (Compared to Liposuction)

Having done a general overview of both procedures, let’s hone in on the ways in which SmartLipo grants patients more autonomy and reduces surgery-related risks and inconveniences.

First off, because it does not require general anesthesia, SmartLipo allows patients to remain awake and aware throughout the entire process. What’s more, the use of laser light to melt fat cells makes them easier to remove, leading to a smaller incision site and less bruising, as well as cutting the recovery time to a fraction of what it would be following traditional liposuction. A less invasive procedure means that patients are able to return to their daily lives faster following the procedure, without having to sacrifice the results they want. Finally, though liposuction removes fat deposits, it does not include a skin tightening procedure, meaning that patients may be left with loose, sagging skin post-op. The lasers used in SmartLipo, on the other hand, help to firm up and tighten the skin during the procedure, reducing the likelihood that patients will have to be submitted to another cosmetic surgery for skin tightening.

Patients also see immediate results unlike with coolsculpting and other types of fat freezing type of devices. Typically, only one treatment is required to see results. Other coolsculpting patients need several treatments and have to wait weeks and/ or months to see their final results.

Who is SmartLipo Best For? What About Liposuction?

SmartLipo is particularly well-suited to individuals with busy, active lives who want to see results quickly without having to spend weeks on surgical bedrest. It’s also a great alternative for individuals who are concerned about skin sagginess post-op. If you’re averse to going under general anesthesia and want to be able to return to your normal daily activities as quickly as possible following surgery, speak to your doctor and consider SmartLipo.

Should you try SmartLipo instead of liposuction? Ultimately, that’s a question that can only be answered by you and your doctor. With that said, SmartLipo offers promising benefits and yields excellent results, all with a less invasive methodology. If you’d like to learn more about SmartLipo or schedule a consultation, reach out to us.