New Year, New You: Find Out If Getting SmartLipo is Right for You in 2021 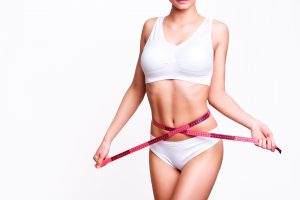 The beginning of the year is a time filled with possibilities; there’s no better time to really think about where you want to be in a year’s time. For quite a few people, physical appearance somehow comes into play when creating new year’s resolutions. Whether it’s achieving a look you love or simply trying something new, it’s natural to harness this time as an opportunity to think about what physical changes you’re interested in making over the next eleven months. If you’ve been considering cosmetic procedures but are intimidated by the idea of having something invasive done, SmartLipo is something you should know about. Is getting SmartLipo right for you? Let’s take a quick dive into what the procedure entails so that you can determine that for yourself.

Conventional liposuction is a surgical procedure during which fat is suctioned out of the body from underneath the skin. Though it can have significant results, liposuction is a minimally invasive procedure. Though it can usually be done as an outpatient procedure, it does involve an uncomfortable and somewhat painful recovery. For the first week after receiving liposuction, patients can expect a moderate amount of soreness; it can usually take about a month for the discomfort to go away entirely, though it’s not uncommon for some patients to have a recovery time of up to two months. After receiving liposuction, patients are required to wear a compression garment for up to two months.

SmartLipo, on the other hand, leverages the power of laser technology to yield fantastic results without the invasiveness (and consequent recovery time) of traditional liposuction. In addition to being less invasive, requiring smaller incisions, and leading to much less down time, SmartLipo is also a more affordable alternative to conventional liposuction.

SmartLipo is a fairly straightforward procedure without any need for general anesthesia. First, the skin over the area where the procedure will occur is numbed. Once numbness is complete, tiny incisions are made and a thin fiber optic strand is inserted into them. This strand delivers precise beams of laser energy that serve to melt the fat in that specific area. That melted fat is then removed through suction.

After receiving SmartLipo, patients are given a compression garment to wear for approximately two weeks. The majority of patients are able to carry on with their normal lives, including going back to school or work, within one day of the procedure.

If you want to kick off the new year by treating yourself to an effective procedure that doesn’t get in the way of your lifestyle, SmartLipo could be a great choice. SmartLipo is an excellent alternative to traditional liposuction, particularly for someone who wants visible results without the invasiveness of a surgery under general anesthesia. If you want a more affordable alternative to liposuction or simply don’t want the months of downtime following the traditional procedure, it’s worth considering SmartLipo. Some additional benefits of the SmartLipo procedure include painlessness, no need for general anesthesia or IVs, skin tightening as fat is melted, and little to no downtime before getting back to your regular life. SmartLipo patients also see results the very same day, unlike with CoolSculpting, and also pay much less for their treatment, as CoolScupting treatments are very costly.

Is getting SmartLipo the right decision for you? We strongly encourage you to discuss your options with a physician if you feel as though SmartLipo sounds like a good choice for your needs and lifestyle. Red Bamboo is proud to have Dr. Frank Toscano, who received the honor of “Best SmartLipo in Tampa Bay” from the duPont Registry, as a member of our team. If you’d be interested in scheduling a consultation with him, just click here.